Welcome to the blog of fakeexmuslims.com!

A man in Ergun Caner's position ought to limit himself to only say and do that which is true, thus manifesting the expected attributes of somebody who is God-conscious and honest. Unfortunately, it has become well known that Ergun Caner's character opposes what is expected of a religious figure. This is apparent in the countless fabrications he disregarded as “discrepancies” as well as his attempts to shut down YouTube channels and sue individuals for exposing him for who  [CONTINUE READING]

Having yesterday made the decision to resume updating the website and continue exposing the lies of you know who, I have opened this new facebook page as a means for you to keep up to date with new articles and videos.

There is still plenty of information I have that has never been shared or touched upon by other critics and thus the aim is to slowly but surely bring this information to light in order to further expose these deceitful individuals.

Currently, I am working on ensuring that the existing site is search engine optimised to the best of my ability and once this is done, I will begin with the adding of new content.

I know there are some other individuals who have been exposed as fake ex Muslims by other Muslims on YouTube; I would love to hear from you and discuss the possibility of you contributing to the website to expand the scope wider than only Ergun and EmirCaner.

Geisler responded, but was it really him?

Emir Caner has been rather quiet and has only briefly come out to stand by ALL of his brothers' claims. Some of the most prominent Ergun-Defence cases presented were the two from Norman Geisler. You can see his two responses [Continue Reading]

For a man who is presented as an expert at presenting Christianity to Muslims, Ergun most certainly doesn’t demonstrate his “desire to save Muslims”. He is in fact, going against the explicit advice given in his own book. [CONTINUE READING]

Ankerberg & The Caner Brothers - Experts on Islam in the UK

John Ankerberg is the producer and host of the televised weekly half-hour program The John Ankerberg Show. It is on this show where Ergun and Emir Caner famously gave their bogus testimonies and presented blatant lies about Islam.

After the controversy in 2009/2010, it was proven that Ergun Caner had LIED about his testimony of being a former Muslim. For him to lie about his testimony and get exposed for his lies about Islam, meant that the credibility of the vastly popular shows by John Ankerberg such as [CONTINUE READING]

I introduce you to Colin Pearson. Colin is a friendly Christian gentleman who is familiar with the deceit of Ergun Caner. Colin Pearson made the decision to attend this conference wearing a T-Shirt that exposed the stupidity [CONTINUE READING]

Emir Caner ACCUSES Ergun Caner of LYING about their migration

The following is a video of Adnan Rashid challenging Ergun Caner to to public debate. Although a challenge was made previously in writing, a visual challenge is more effective:

If you are trying view this through your mobile device and the video is not working, please watch it here.

For Ergun Caner to respond to the challenge, he must go here. Alternatively, he could contact me through Twitter, Facebook, through the contact link of this site or through my personal email address which he has.

The Hypocrisy of Emir Caner

On 25th September 2011, Emir Caner (brother of Ergun), delivered the sermon at Cresset Baptist Church in Durham, North Carolina. We must understand that Ergun and Emir Caner are supposedly experts in the field of apologetics to Islam and thus, they know the do's and don’ts when it comes to presenting their faith to Muslims. In fact, these very two brothers are the same people who sat there with John Ankerberg and told the masses that it is of great importance that one does not offend the Muslim.

However, within this recent sermon, Emir Caner, on no less than three occasions deliberately uttered words of offence directed at Muslims.

As you just heard above, Emir Caner made the following statements:

1. “I now feel like a love-child between Mr. Clean and a Saudi woman”

To understand this “joke”, we must understand the context. Emir Caner until recently, had a full head of hair and a neatly trimmed beard. Whilst keeping his beard, he now sports the traditional Ergun look of a clean-shaven head as you can see from the following images. 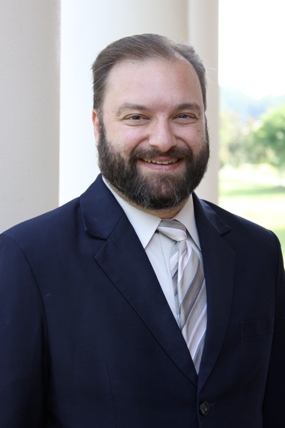 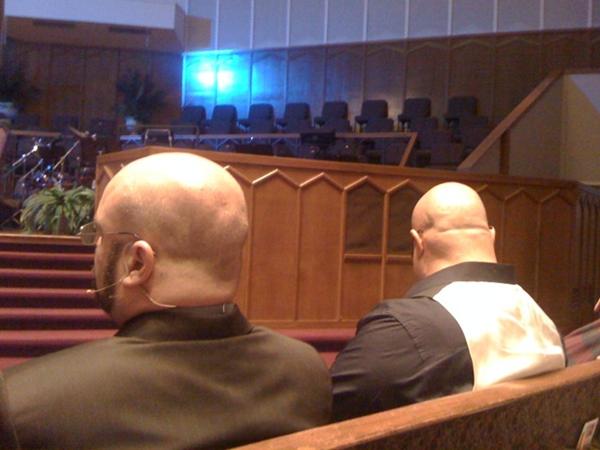 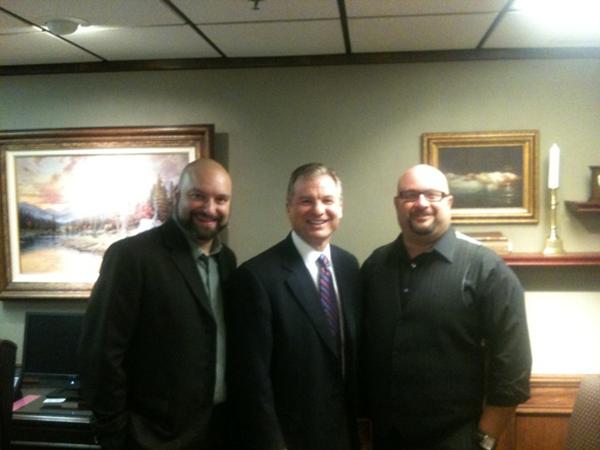 Mr. Clean is a cleaning product invented by Mr. Linwood Burton, a marine ship cleaning businessman. The logo of this brand is what Emir Caner is referring to; as you can see, Mr. Clean is a cheery bald gentleman who likes to clean: 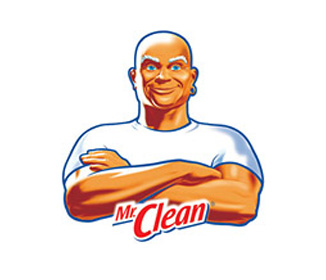 We now understand that Emir Caner intended to draw a similitude between his new “hairstyle” and that of Mr. Clean’s. But what does he mean when he says that he now feels “like a love-child between Mr. Clean and a Saudi woman”? The only possible “similitude” that he was alluding to was his beard. In essence, Emir is saying that Saudi women have facial hair.

2. “they wouldn’t take me real hunting, I don’t know if it was because I was a former Muslim they wouldn’t put a gun in my hand, not sure why that was”

Here we have Emir implying that Muslims cannot be trusted with guns. By saying this, he is giving in to the typical anti-Islamic media stereotype of Muslims being terrorists; after all, this is what almost all of their followers are taught. He fails to realise the epidemic proportion of gun crime in the US and instead, makes jokes about how we Muslims cannot be trusted with guns. Clearly, he intended to make a light hearted joke to soften the audience before he properly delves into the sermon, but is this kind of a joke really necessary when one seriously looks at the reality of what he is saying?

3. “how is someone whose name is Emir Fethi Caner....how do you suppose I go in to the White County Gun Shop and obtain a weapon? What am I supposed to do, go in there and say ‘i’d like a gun and maybe a pilots licence as well’?”

Similar to the former “joke”, Emir is implying that Muslims are those people who cannot be trusted with guns. To further the insult, he has a dig at the poor families who lost loved ones in the 9/11 atrocities by saying that he may as well ask for a “pilots licence as well”. Although his intention was to mock the Muslims, to “joke” about how simple it is to attain a gun and then specifically mention a pilots licence is just insensitive to say the least; particularly to those affected by the 9/11 attacks. To put it simply, he is saying that Muslims not only are not to be trusted with a gun, but also with a plane.

One may assume that I am taking these “jokes” to heart unnecessarily and yes, I do not blame one for thinking that. But one must also understand that the field within which they work (apologetics to Islam) means that the last thing they would want to do is mock us. And not only mock us with things that we Muslim legitimately believe or adhere to, but to be picking at the media generated stereotype makes it clear that they have no real desire to “save Muslims”. Do you make fun of people who you want to save?

These “jokes” yet again expose the hypocrisy of the Caner brothers and their supposed desire to save the Muslim world. Looking at chapter 16 (Inside the Muslim: Earning A Hearing And Winning A Soul) of their award winning book Unveiling Islam they go on to talk about the aspect of being “well-intentioned and offensive” when delivering the Gospel to Muslims:

“We've all heard of these tales wherein a Christian, motivated to share the gospel with a certain people group or culture, negates his or her witness by somehow OFFENDING the culture, heritages of practices of that group. Although the person is well-intentioned, he or she ruins the opportunity by some oversight or misstatement and must begin again BY APOLOGIZING AND REBUILDING TRUST” (page 223)

The extract from the book is self-explanatory. The Caner brothers do not act upon what they themselves are telling their readers. In other words, Ergun and Emir Caner are hypocrites. They talk about how if a well-intentioned preacher somehow offends the recipient, then the preacher must apologise and rebuild the trust, but, they do not demonstrate this even the slightest. This is clearly because they are not well-intentioned.

Profiteering Off of the Prophet: The Unfortunate Case of Ergun Caner

The following is a journal article taken from The Muslim World Journal. To be more precise, it is Volume 101, Issue 3, Pages 555-561, July 2011 and the name of the article is "Proﬁteering Off of the Prophet: The Unfortunate Case of Ergun Caner"

The article pretty much sums all that has happened with regards to Ergun Caner and his fake life. Although vast amounts are missing and some of the material covered within the article are a bit distorted in terms of the order in which things happened and who did what, it is still a good read.